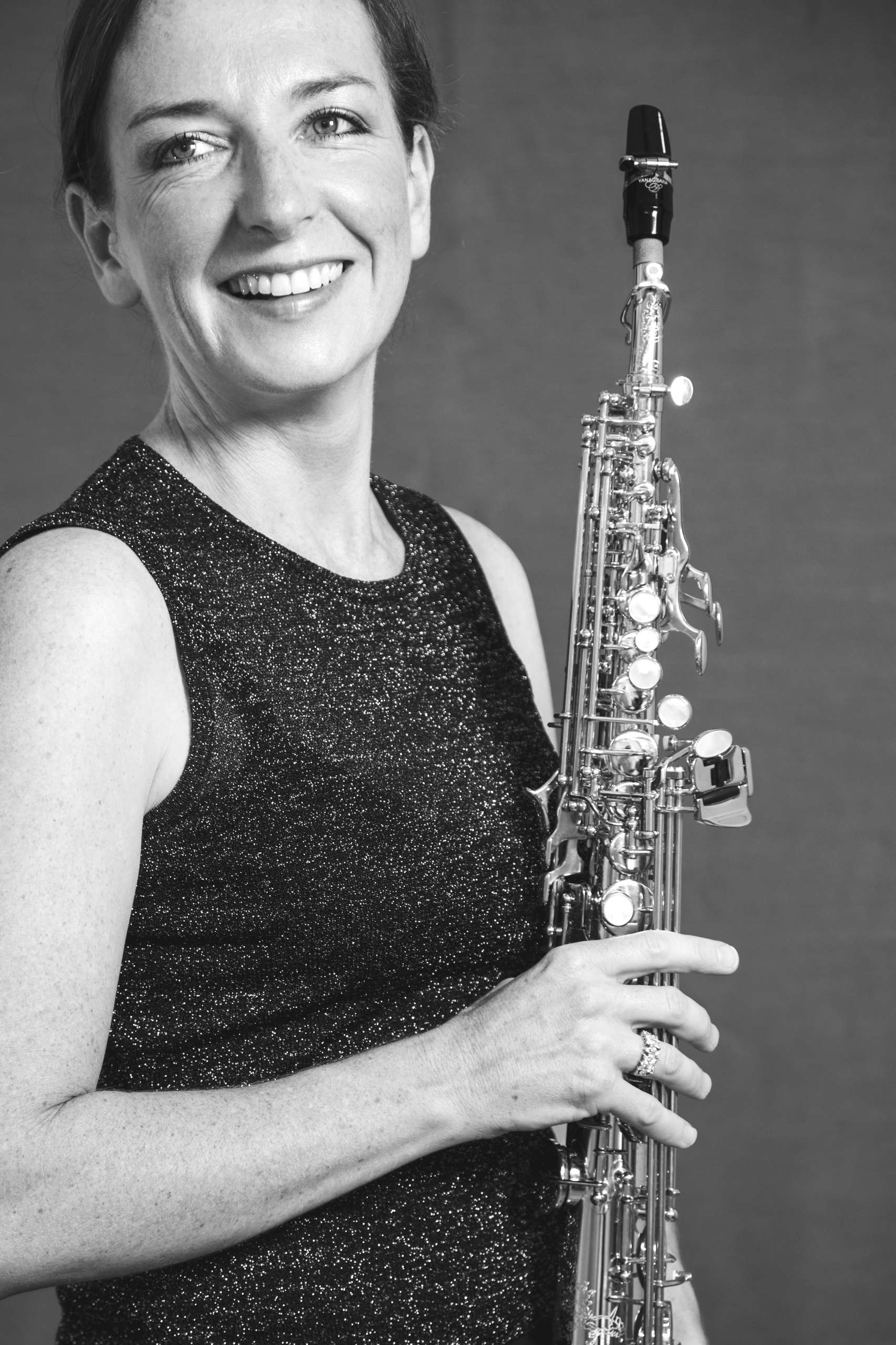 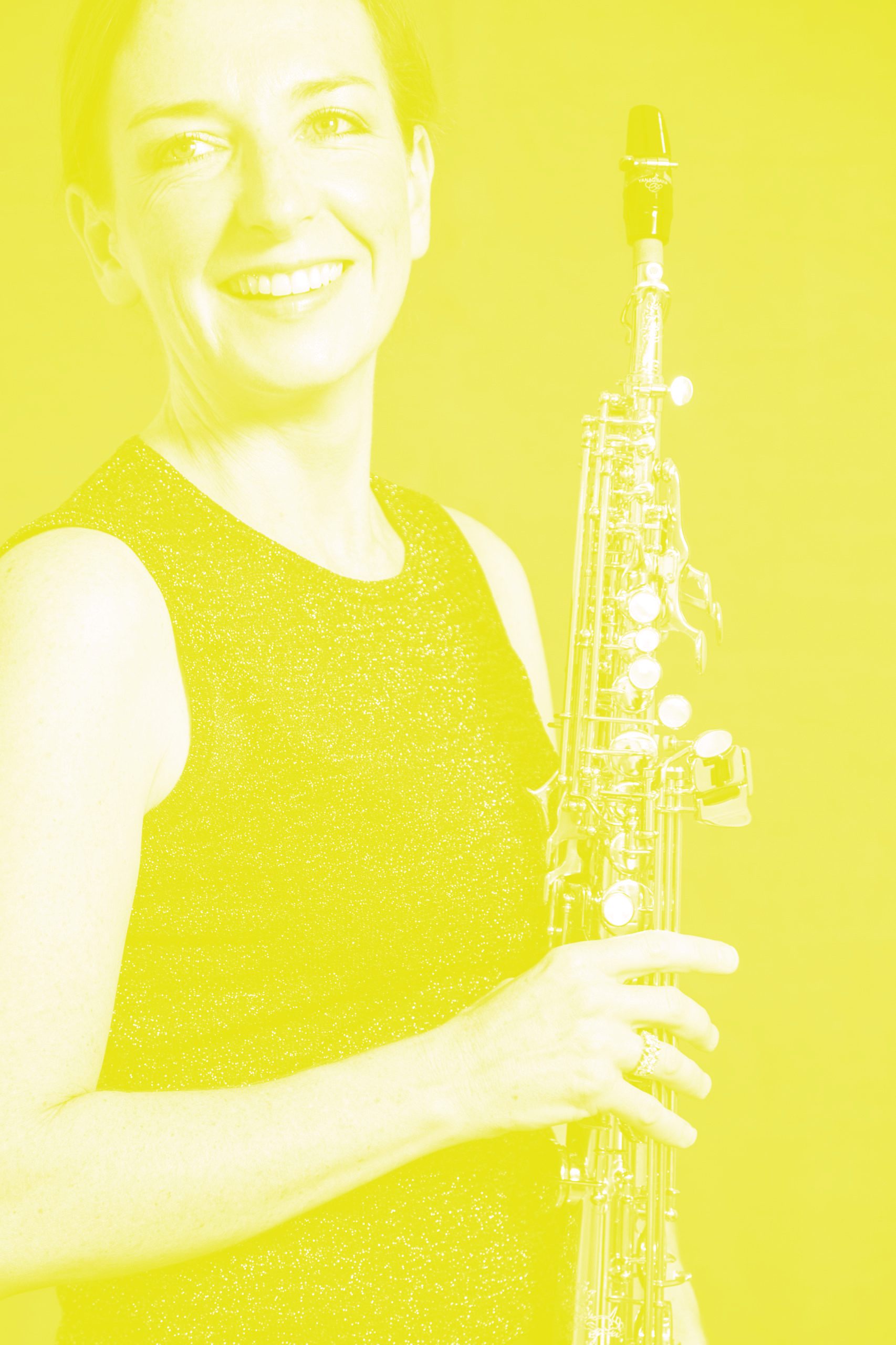 Arguably the highlight of the evening was Christina Leonard’s performance of CPE Bach’s Concerto for Flute in A minor Wq 166, arranged by her for soprano saxophone. The concerto was written in 1750, nearly one hundred years before Adolphe Sax invented the saxophone  c 1840. The instrument underwent numerous refinements and modifications before it reached its present day configuration of a complex construction of numerous parts.

The combination of sounds was an unusual one – the mellowness and somewhat heavier sound of the saxophone against the light, bright jangling of the harpsichord and Baroque strings. However, Christina Leonard’s astonishing virtuosity and mastery gave us a spellbinding performance. Impeccable breathing technique delivered extended  phrases of silken smoothness; she coaxed a spectrum of colours and dynamics from her instrument from the subtlest and softest of hues to bright and brassy tones, fingers racing up and down the keys in impossibly rapid arpeggiated phrases and scale passages.

Then saxophonist and regular Brandenburg collaborator Christina Leonard plays C. P. E. Bach's Concerto for Flute in A minor, Wq166, in an arrangement for soprano saxophone. It's ingenious...

Harriet Cunningham for SMH May 2015

Leonard’s command of her instrument and its tonality is consummate: it is utterly at her mercy.

Brad Sykes Review for Sykes on Stage May 2015

Christina’s capacity to manipulate the saxophone into the tonal sounds and range of a flute was beautiful and uplifting and her intensity on stage drew the audience into a silence that was only equalled by the duelling violins.

Lliane Clarke for Classic On Review May 2015

CPE Bach’s Concerto flute Wq 166 also re-imagined for the solo soprano saxophone of Christina Leonard followed. She had many grand moments, particularly when like a singer she flawlessly embraced ‘coloratura’ moments of the score so sincerely, sending her saxophone soaring on high. A formidable talent, Christina Leonard created a unique tension between herself and the orchestral team, each beginning and finishing each other’s musical conversations with expressive dramatic intensity.This was a powerhouse performance. Her renowned lyricism shone superbly with nothing short of an iridescent lustre

Caroline McDowall for The Culture Concept May 2015

I think it’s a bold and gutsy gesture that CPE Bach would applaud. Leonard has set herself a tough challenge in preserving so much of the original acrobatic Flute solo – the serpentine melodies of this part is orders of magnitude more demanding on the Saxophone – but she meets this task head on, giving a largely polished rendering.

The highlight of the evening was C.P.E. Bach’s Concerto for flute, Wq 166. Fortunately this was not recomposed, but in an excellent arrangement for soprano saxophone by C. Leonard in which Christina Leonard played the soprano saxophone. She is a virtuoso in every sense of the word, and performed with admirable musicianship and infectious enthusiasm. The considerable musical and technical demands of the composition were executed with supreme confidence and a sure-footed technique. Such an occasion is certainly one when this reviewer preferred Leonard’s arrangement to the original. Bravo Christina!

Zane Turner for Seen and Heard International May 2015

From the old to the very new with the world premiere of a piece McGuire commissioned from his friend of 25 years Gerard Brophy. They first collaborated for Barrie Kosky’s Adelaide Festival and this new birthday work, Constantinopolis, three pieces inspired by the city of Istanbul, reflects the composer’s fascination with eastern cultures (he spends part of his year in Calcutta).

The grand finale was the Elena Kats-Chernin commission, Prelude and Cube, a crowd-pleaser if ever there was one. It built its themes gradually from a series of Bachian ostinatos, heading for the first glorious entry of the soprano saxophone, which generally soared over the rest of the band.

Kats-Chernin builds cosmopolitan, highly accessible layers upon this Baroque structural base, the first movement featuring a soaring, crystalline soprano line (voice and saxophone) above a pulsing accompaniment that slowly builds to a sweeping climax.

Saxophonist Christina Leonard has established herself as a favourite among ABO fans and she received a loud ovation.

Finally, the gift of Elena Kats-Chernin’s Prelude and Cube, a work in two parts for soprano, saxophone, choir and orchestra celebrating the Baroque – old and new. This was a breathtaking work at first hearing. Minimalist bass lines were overlaid with rich columns of chords, rhapsodic melodies and syncopated rhythms. The saxophone and voice soared over the landscape.

The work builds its themes gradually from a series of Bachian ostinatos, leading to the first entrance of Christina Leonard on the shiny gold soprano saxophone, which generally soared over the rest of the band.

With the almost electric voice of Christina Leonard’s soprano saxophone flying high over it all, and touches of jazz (and even blues) rising out of the music, Prelude and Cube played to the great strengths of The Brandenburg.